The governance reforms drive launched by Punjab government 6 years back with an aim to bridge governance deficit has shown revolutionary results. This innovative idea has attracted the Union Government Ministries, Organizations and other States to replicate Punjab experience.

In the words of Deputy Chief Minister Mr. Sukhbir Singh Badal himself, “Punjab government achieved a lot in bridging four main governance deficits; trust, productivity, engagement and dignity. Before launching the administrative reforms, we have analysed that dignity and trust deficits are the most prominent concerns of citizens”. 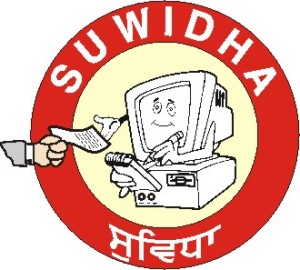 Old system was time consuming and there was productivity and wage loss to individual as well as government. Punjab Government has found that out 22.68 lac services delivered through the Suwidha  centres, 14.8 lac pertains to attestation of affidavits, thus, decided to tackle the issue of Affidavits on priority basis. State identified 12 services where an affidavit is mandatory under State & Central laws and waived of affidavit for 88 other government services. This decision not only leads to reduction of total number services relating to affidavits from 14.8 Lacs to 3.20 Lacs but also saves more than Rs. 300 Crore.

The year 2014 culminate on a high note for Governance Reforms in Punjab as Punjab becomes the first state in the country to successfully launch e-SARKAR to witness paperless governance. Under e-district project as many as 157 suwidha kendras across the state are made fully operational providing more than 36 public services. The state has also interlinked all 147 departments with 143 branches to route common tasks online through IWDMS system. All 22 treasuries and 74 sub-treasuries have been put on automated online processing through this system.

In year 2015, Punjab is all set to take lead by setting up 2174 Sewa Kendras, more than 500 Saanjh Kendras, 153 Fard Kendras, 132 Suvidha Kendras and 2112 Gram Suvidha Kendras throughout the state. State also got honored for its efforts with ‘Best Governance Practice’ award from Prime Minister of India.